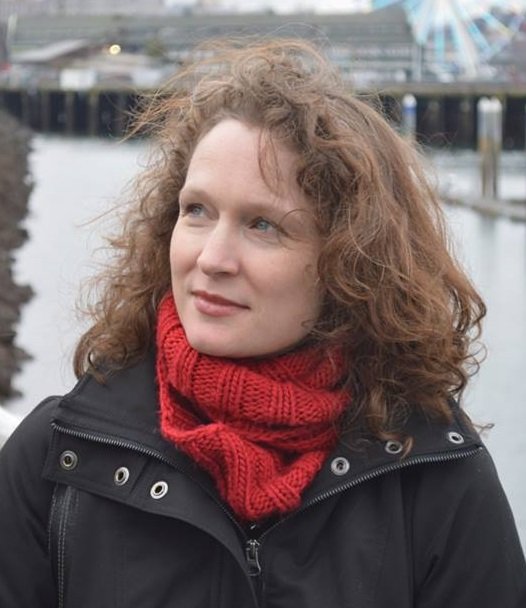 August was born in Portland, Oregon, but has spent most of her adult life living in either Washington State or Washington D.C., with a short stint in Germany to make things more interesting. She met Dave, an Army officer and social worker, at a Halloween party where she was dressed as Tigger and in no position to fall in love. Ten years and ten days later, after she and Dave had traveled the world and created a family together, her life as she knew it was destroyed when he was killed by a suicide bomber in Afghanistan. As the days turned to years, August had to find a new way to move in a world without her husband, the father of her children, and the man she had once considered the very center of her existence.

After living through the pain of a life being cut too short, she knows how quickly things can change. Dave lived his life like there might not be a tomorrow and August honors his memory by folding that knowledge into her own choices. She says, “I kept waiting for the right time to follow my dreams and become a writer when I grew up. But, apparently, this is as grown up as I’m ever going to get!” Committed to speaking the truth – even when it is uncomfortable or unpopular – she tries to write with grace and love about her life.

When [Widow] August Cabrera told [her] sons that the Taliban had returned to power, the boys’ response was inconsolable: “Father died in vain.”

When Your Safety Becomes My Danger

I am a war widow

Soldier killed in Afghanistan laid to rest in Spring

The Catholic University of America