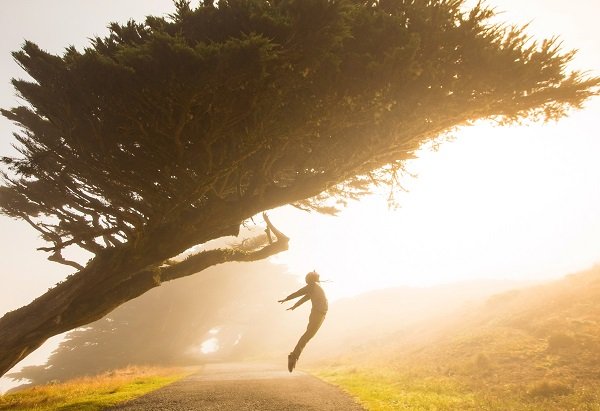 My mom said today I was braver than she ever was. That I have never been afraid to try new things, go new places, meet new people. She is right, I have been more adventurous than she ever was – but that is in large part to how safe I felt as a child. Not to dive in to attachment theory, but since I knew I was safe at home, the world seemed like a pretty reasonable option to explore.

I grew up saying I’d try anything once. Twice if it seemed fun the first time. And I have tried a lot of things: skydiving, rock climbing, SCUBA, hang gliding, snowboarding, skiing, white water rafting, living in Texas. Again.

There were jobs I took I was ridiculously unqualified for. Relationships that were a bad idea from the beginning (but come on, who doesn’t need a fixer-upper at least once in their life). Life altering decisions that seemed like a good idea at the time, but the next day proved to be less than perfect.

I’ve traveled to countries I had no business being in, eaten foods that were better left on the ground, and accepted pets that should never have been in a house with children. Or furniture.

But through all of this “adventure” and “bravery” I’ve never been really, truly, authentically, me.

I’ve hidden behind husbands, jobs, kids, grief, trauma, mental illness… anything, really, that might keep me safe from the reality that I, like most people around here, don’t like who I really am. And I am terrified that if any of you find out who that person really is – you won’t like me either.

So, I don’t say the truth. And believe me, I don’t write the truth either. Which means, as I am slowly coming to the conclusion that this whole façade thing sucks, means I haven’t written at all. In a year.

I’m not doing the thing that makes me smile and hope and dream and wonder how far and how fast I might be able to go.

Because, I am afraid. Afraid if I really, actually tried and did the absolute best I can do it won’t be enough. It won’t ever be enough. And then the whole world will know the truth… I am just another failure. One more girl at the bottom of the pile. Where I belong. Where, I suppose, I have always been.

But, not today. For just this moment, on this page, which five minutes ago was blank, I am going to be brave. Which my friend Heather taught me is “being afraid and acting anyway.” So, here I am, acting anyway.

I hope we meet her again. I hope it is soon. But if that doesn’t happen, know I am trying to Act Anyway.