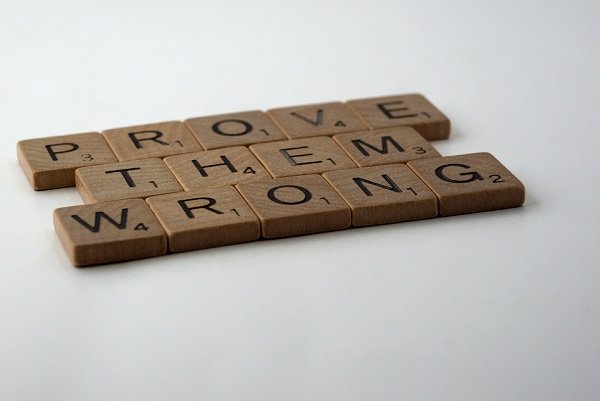 Today has been a rough day: too many goodbyes I did not want to make. And then I got home, opened my laptop, and checked my email. And guess what was waiting for me? My first “official” rejection letter.

I say “official” because the real first rejection was actually hidden from me by a friend so I wouldn’t get discouraged to the point that I threw my laptop with everything I’ve written in the last seven years in the river. Not that there is a river near here, but I would have been willing to drive as far as is necessary to make that happen successfully. A half-submerged laptop is just sad, not a statement of profound personal failure.

In some ways, this is a really, really good thing. It means I was finally brave enough to actually share my book with someone outside my circle, opening up my world just enough to have a chance at publication. Which I keep saying I want. Because, like they say, you can’t win the lottery if you don’t play.

But in other ways, this is so much harder than it needed to be. Because, here’s the thing, the rejection is 100 percent, completely, without explanation or excuse, my fault.

I had been given a golden ticket. Better than that – it was Willy Wonka himself (the Gene Wilder version because he was soft and sweet and way less creepy than Johnny Depp) walking in my front door, sitting down on my couch, and signing over the keys to his chocolate factory – skipping the ticket, tour, and naughty kids all in one fell swoop. My work was given directly from a very successful author to his friend and agent, with a personal note vouching for me and my story. This does not happen in the real world. It just doesn’t.

I had seven months to prepare for this crazy, this can’t be real, hand-off. It wasn’t a surprise, I knew the offer was coming, I had time to prepare, write the hard parts I had been avoiding, finish my damn book. But, did I use that seven months to finish the manuscript? Write my proposal? Even outline the missing chapters?

Ummmm… No? (she says sheepishly from her hiding place in the corner of her closet)

Honestly, had this agent – who was truly incredibly kind and generous with her words – accepted what I sent to her back in October, I would have known she was crazier than I am. As she said, she doesn’t have a clear vision of the story, and without that, she can’t sell it to a publisher. Of course she doesn’t have a clear vision… I sent her part of a book, without explanation of what was missing, because I panicked.

And why, may you ask, did I panic? Because I had SEVEN MONTHS to be ready to send her something. SEVEN MONTHS. Really, there is no excuse for any level of panic at all in this equation.

But, I did panic, and at the very last minute possible I pulled together what I could in one evening and sent it to her because I knew at that moment that if I didn’t send her something that very night, I would never send her anything. Ever. And there was this tiny little part in my brain saying sending nothing was worse than sending something, even if the something was total crap.

I remember shortly after Dave was killed, I was talking to another very recent widow. Her husband had fought cancer for several years and she was able to hold him as he took his last breath. We looked at each other for a bit, both wondering the same thing but being afraid to say it out loud. Finally, one of us asked what we were both thinking. Which was worse? Sudden and traumatic loss with a knock at the door – or – a slow and painful decline knowing every moment what the end was going to look like. We agreed both were terrible fates for those left behind, but when we were honest, we wouldn’t have traded places with each other given the chance.

I feel like I am in that same place now. Which is worse? Sending her the best I could do and getting rejected – or – knowing I blew this once-in-a-lifetime opportunity because I just didn’t do what needed to be done. I have a ton of fairly valid reasons why I didn’t do it (the list is long and distinguished, I promise), but bottom line, I did not do it.

This is entirely on me. My excuses. My distractions. My fear.

This all goes back to my last blog. What if I actually tried my hardest? What if I threw everything I was into this? What if I pushed all my fear and self-doubt and shame aside and did my absolute best? What if I Acted Anyway?

And then, I was rejected?

I don’t have an answer to that tonight. I can argue both sides fairly convincingly in my head, but either way it still sucks. I got rejected. It is never fun to be rejected. Especially not when this was your biggest (not so secret) dream in your entire world ever.

But, what I do have, is another page filled with words. Which is in some ways remarkably ironic. I was just told by a very reliable source that my writing is not enough, so why would I write at all? Yes, she is just one voice. But she is a really strong voice. And then I realized as I was sitting in a bath contemplating all I had said good bye to today – including the dream of this golden ticket resulting in a lifetime supply of publication chocolate – that if I didn’t walk out of my warm bedroom and soft lighting back into my poorly lit kitchen where I perch on a barstool to type on my (so far still dry laptop) I might never write again.

So, while I wasn’t sure I’d see you here again so soon, here we are. Acting Anyway.