When Your Safety Becomes My Danger 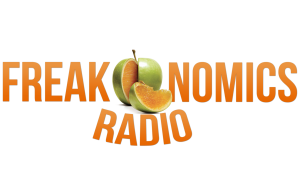 About a year ago, we joined a class action lawsuit against a number of corporations (US and non-US based) who (it is alleged) paid the Taliban “protection money” to further their own business interests. The Taliban then used those funds to support their own terrorist agenda – which included attacks against U.S. forces. We believe Dave was killed in one such attack.

Freakonomics (a podcast done by the same team who wrote the original Freakonomics book) decided the case was interesting enough to do an entire podcast on the issue. I was given the honor of being a voice for the Gold Star families who have joined this effort.

Our goal is to change the way business is done in war-zones. The choices these corporations made cannot be justified by anyone who values life or considers themselves a decent human being. If we can get the attention of these companies by hurting them the only place they seem to care about (their bottom line), maybe we can demonstrate that it would be a poor choice for other companies to use these same deplorable business strategies in the next war.

Below is a link to the podcast (you can listen or read the full transcript at the site). If this makes you as angry as it makes us, please consider sharing. The more people that know what is ACTUALLY going on, the better chance we have of changing what is now considered status quo.